First Do No Harm

Blogi Matthew Tyrmand Empirical Truths
WPROST.pl
What follows is the unedited speech transcript given at the 2016 Wprost Man of the Year Awards Ceremony held on February 1st, 2016 at the Warsaw Marriott. Jaroslaw Kaczynski was the recipient of the main award. Video at bottom (speech at 17 minute mark).
Thank you all for coming. I appreciate having this opportunity to address this distinguished audience.

Michal Lisiecki wanted me to address this room about the subject that was what initially drew me to the public discourse in Poland. That is the economy. At the time I decided to offer my perspective on the pension nationalization and its economic impact, which was one of the worst policy actions I had ever seen. Working with Jaroslaw Gowin I condemned it, and then stuck around to engage politics further. As a public commentator, I proudly contribute to Wprost, Do Rzeczy, Superexpress, and Gazeta Polska, and any other outlet not affiliated with Agora.

The economic theme that I keep coming back to is public sector spending and its potential to be corrupted. I draw upon my experience working with an American organization called OpenTheBooks – this is an NGO & think tank NOT funded by the government, or George Soros. In the United States our group is dedicated to putting all government spending on line so that, we the people, can monitor the spending done in “our best interest.” This effectively crowd sources the rooting out of fraud and corruption. Government spending transparency is the surest way to do this. As Judge Louis Brandeis said “Sunlight is the best disinfectant.”

Poland for the last generation has certainly needed a round of post-communist Brandeis style disinfection. With this recent overwhelming mandate of unilateral governing control extended to the right, I am thrilled to see that for the first time in the modern era, reform of the institutionalized mafia-like corruption that existed in much of the Polish government, can now finally be addressed. As well as the reform of a lapdog media that could not seem to find any corruption to cover, anywhere.

The economic implications of endemic corruption is damaging beyond measure. Corruption is the worst economic tax that exists because it is variable and arbitrarily applied and one does not know how to plan for it quantitatively. This hidden cost is called the corruption premium and it is priced into all business activity, and borne by investors, job creators, as well as consumers, in the form of higher prices. The lack of visibility does not allow efficient planning and thus hurts investment and ultimately growth.
Because of the widespread corruption of the last 8 years and the growth of bureaucratic government, the superior GDP growth rate of the Polish economy, as high as almost 7pc in 2007, the last time this party ruled, has slowed markedly. It has now been reduced to the point that Poland is highly vulnerable and likely will not remain immune to the next recession, again, thanks to the corruption of recent years.

For this coming recession, the new ruling government, of which many of those in this room will directly or indirectly guide, will 100%, I guarantee, be blamed. The EU has shown their intent to engage in economic warfare as punishment as it became apparent that their political censure would fail. The bogus politically motivated and GDP destructive S&P downgrade of Poland as a sovereign credit was the shot across the bow. What can we do to ensure Poland’s coming recession is as shallow and short as possible and the Polish growth miracle goes back to its recent trajectory?

Structural problems have existed beyond corruption. A massive impediment to Poland reaching its potential has been the sheer growth of government and its resulting bureaucracy. Agencies and regulatory bodies are in a constant battle against the taxpayer to prove their necessity. They layer on a stream of paper work which becomes a financial and capacity burden to those in the private sector. Taxes, licenses, and worst of all: purely informational reporting requirements in order to remain “compliant” are continually added. A recent Grant Thornton study entitled “Entrepreneurs Ensnared in Red Tape” showed that an average SMALL business, defined as 10-49 employees, the scale of business that is the primary engine of job growth, must fill out and submit, over 200 forms on average annually to this panoply of agencies. The majority of these forms are repetitive. A reduction of the number of forms is necessary and easy solutions exist such as standardizing the forms and sharing information across agencies and digitally submitting them. The reduction in time spent for the private sector also has the added benefit of reducing the number of paper tabulating bureaucrats under taxpayer employ.

Preferential tax treatment loop holes must be closed. Foreign multi-national income tax on revenue generated inside Polish borders needs to be collected. Tax loopholes do not create a level and transparent playing field for all competitors. VAT fraud is another example of this. The Porsche Cayenne turned into a commercial vehicle by installing a grate on the trunk and saving on VAT is emblematic. I wonder how many of Radek Sikorski’s cars are set up this way.

Reverse the 2010 VAT tax hike, which was supposed to be temporary. Every tax cut is an economic stimulus, of the non-Keynesian sort, that leads to real growth. Show Europe that Poland will compete to create a better business climate. Lowering the VAT even nominally signals that. With the way Germany is being led…right over a progressive cliff, as the classic joke about lemmings suggests, I would not be surprised in coming years to see German tech companies moving their operations to Szczecin or Poznan…if Poland can truly become a better place to do business.

Economic prosperity is maximized when freedom is maximized. As Ayn Rand said: “A free mind and a free market are corollaries.” Freedom of speech and freedom of the press are the paragons to be fought for. As Jarosław Kaczynski remarked last Friday evening: "Freedom is the ability to tell the truth." With this in mind the civil justice system needs tort reform so that frivolous defamation suits meant to stifle criticism against free citizens exercising free speech in a free press are….., like Roman Giertych’s political career, a thing of the past. Only with unfettered free speech can ideas and freedom, and thus, innovation flourish.

It is not only the Civil Justice system that has been operating in a less than fair, efficient, or appropriate way. The randomness and arbitrary nature in which the law is administered and enforced in many courts, and the length in which it takes disputes to be adjudicated, is a continual impediment to growth. The reform of the lawless, and thus illegitimate constitutional tribunal was a solid start. The lower and more localized courts, as well as the prosecutor’s offices (as events in Nowy Sacz demonstrated), and other agencies that can enforce actions, like the tax office, must also see reform. After all, this is a government led by the party with these values in its very name- LAW & JUSTICE. Equal treatment and protection under the law is integral.

To protect a free press, private companies like Agora have to cease receiving government money. It corrodes the integrity of the press, as we have seen these last years, and as I saw up close and personal at Bal Dziennikarzy, or as I now refer to it- Bal Socjalistow. Public money funding private entities crowds out those who would compete honestly, and take the mandate of the fourth estate, seriously.

If there must be a state owned media as a major player in the market, commit to the pluralism that President Duda has so eloquently spoken about these days. We are not our opposition- we have better and higher values than they do, whether in Brussels or at Komitet Obrony Demokracji headquarters in Mateusz Kijowski’s garage. The ends do not justify the means as they believe and we have to act as responsible stewards of these platforms. Having trust in these public institutions will only make Poland better and more attractive to those who want to be here.

Shut down Zaiks. And other vestigial organs that date back to the time of Lenin. If people knew how much Zaiks was taking “to help the artist” while gluttonously feeding itself, I bet there would be pitchforks outside the Hipoteczna headquarters. With a billion zloty in their account and revenue approaching 300 million a year, large scale real estate purchases and salaries are a higher priority than cultural support. They are bloated and greedy. There are more efficient ways to do what Zaiks does in the 21st century without this state sanctioned looting. A simple google search replaces all their costly efforts. If decommissioned, new innovative businesses would spring up immediately, competing to deliver more to our creative class while taking less. Giving an agency like Zaiks the right to collect monies by legal fiat is, to paraphrase American satirist PJ ORourke: “like giving whiskey and car keys to teenage boys.”

Stop funding NGOs. Any NGOs. The idea of an NGO is just that: a NON governmental organization. Think tanks taking money from the treasury is a wealth transfer scheme from those in government to their friends and those friends then become lobbyists with an agenda that usually involves looting the taxpayer further. A great example is Sienkiewicz’ “Center for Eastern Studies” which claims it’s an “independent public research institution.” That is not possible. It is VERY dependent. On public money. That money is better put to use directly in the education complex, where research universities do the same job analyzing ideas. No need to feed the apparatchiks as they push for more Europe or whatever else. As it is, we get to deal with these agendas, in the universities that we SHOULD be funding as part of the social contract.

The last point I want to make is on taxes. Lower them. Spend less. And then lower them again. If a child incentive program is to be undertaken do it with a tax credit as opposed to a transfer payment. And for those that do not make enough that a tax-break is an option, strengthen existing social welfare platforms as opposed to creating new ones. An economy that produces more is one that taxes less.

I believe Poland is uniquely positioned in Europe, and globally, to be one of the most successful economies in the world- with the cultural and enlightenment values of an advanced nation and the higher growth characteristics of an emerging economy. The moral center the church has provided and instilled so consistently for centuries, even as imperial oppression ruled the day, maintained the spirit and the soul of this great nation. And as a result, the Polish population is a more educated, entrepreneurial, moral, and freedom hungry citizenry than any in the world. The good and savvy people of Poland are its greatest resource- and that gives me much optimism.

For Poland’s full potential to be unlocked, something which I believe is imminently achievable, we must be reminded of the Hippocratic oath’s primary mandate: primum non nocere. First, do no harm. So I urge all who work to govern and to lead: be judicious in spending, diligent in reform, zealously fight corruption (which is the cancer that retards growth and prosperity), and despite potential short term headwinds, Poland’s economy and society will quickly regain its strong uptrend and flourish for generations. Good luck and God speed. 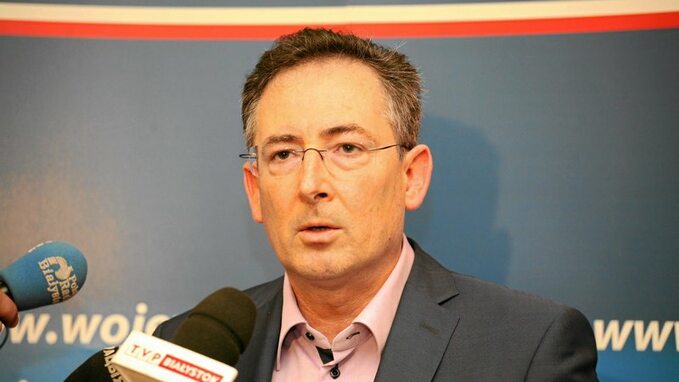 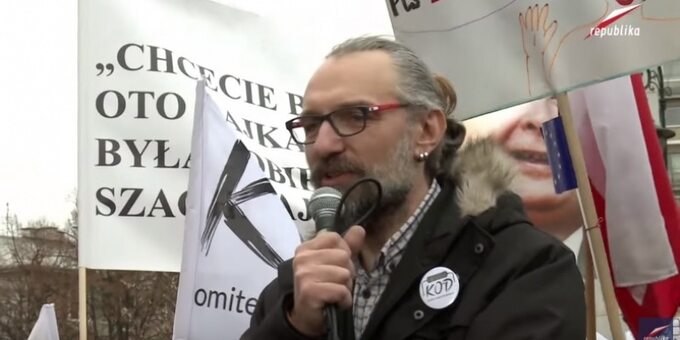 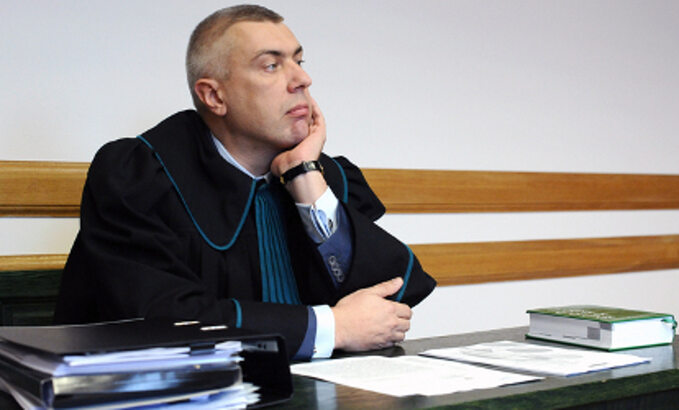 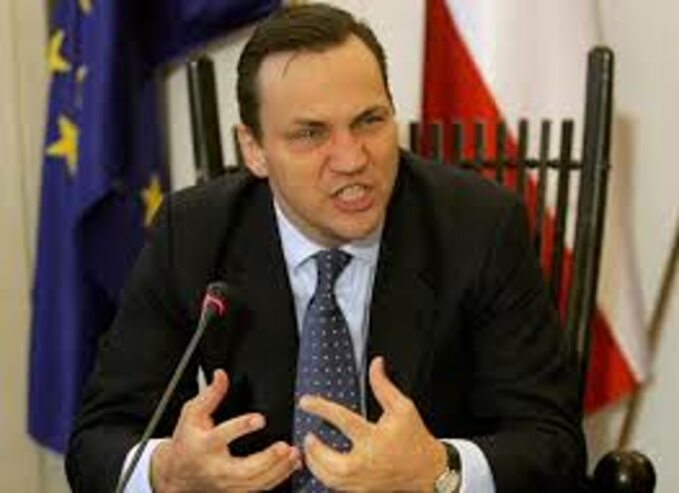 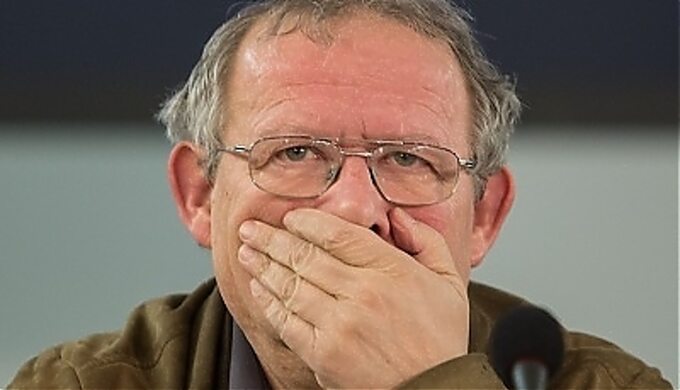 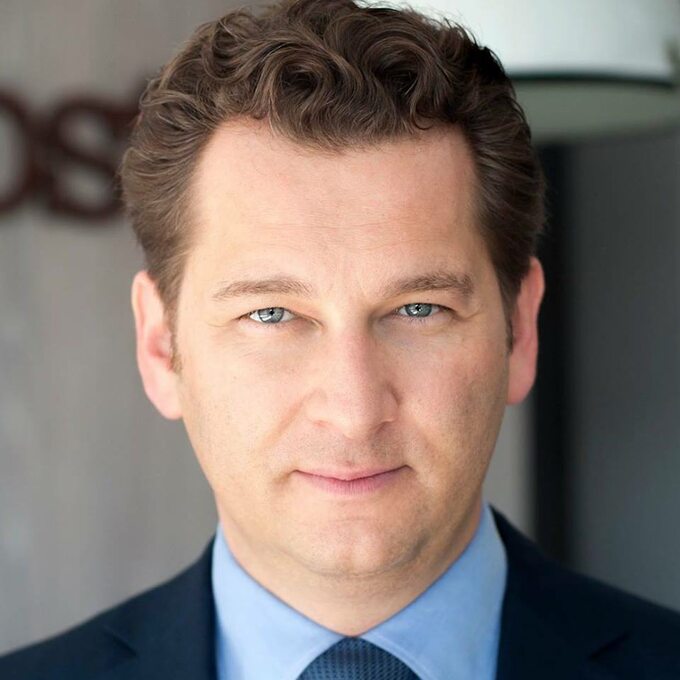