Oscar event in Los Angeles. This time with big focus on Poland 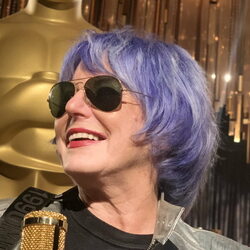 Blogi Ewa Blaisdell / Lady Rocket WPROST z Kalifornii
WPROST.pl
Another great Oscars event during Oscars week in Los Angeles. This time with a big focus on Poland. My media visit and meeting with Jan Komasa and his Oscar nominated Corpus Christi film, and his team, hosted by The Academy at the International Feature Film Oscar event.

Director Jan Komasa, whose film Corpus Christi was nominated for the Best International Feature Film Oscar, was hosted today by The Academy of Motion Pictures Arts and Sciences at the special evening in the famous Samuel Goldwyn Theatre. In addition to the special guests and media, the event amassed almost 1,000 participants and fans.

I also met with Corpus Christi producer, Leszek Bodzak. Film producer Aneta Hickinbotham, was also there. I want to recognize Aneta as one of the few women producers in either Hollywood or Poland. Bravo Aneta! We would love to interview you for my US media. HOLLYWOOD and the Oscars recognize the lack of nominated women and here you are!

Jan Komasa was in the company of other great directors whose films are also nominated for the International Oscar. They included famous director Pedro Almodovar, Oscar winning Director, with his new film Pain and Glory, along with sensation of the Oscars 2020, Bong Joon Ho with his film Parasite. Other films nominated for the International Feature Film Oscar include the incredibly emotional Honeyland, directed by Macedonia filmmaker Tamara Kotevska and Ljiubo Stefanov, and Lady Ly, from France, who directed Les Miserable. They all shared the evening with us. I have to also tell you a few things you about Larry Karaszewski.

Larry led the evening - in a truly spectacular and meaningful way - with knowledge, a sense of humor and recognition of how important these nominated for Oscar films are to their countries.

Larry Karaszewski is a screenwriter with several TV hits and major films. He also represents The Writers Branch of the Academy’s Board of Directors.

During Larry’s round robin series of questions, Jan Komasa kept his smile and a pleasant style. Jan received the biggest applause when he shared how he chose Bartosz Bielenia for the main role of Daniel and how Bartosz discovered the true meaning of the main character.

Larry concluded the evening with the question directed at all movie directors: “How are your countries treating your Oscar nomination?” Jan shared that there is a great enthusiasm for what he called the Corpus Christi team and that Poland is proud of the nomination.

My invitation was arranged by The Academy PR team which is managing in great style the complexities and global scale of these Oscars events, which integrate celebrities, the art of film, the responsibilities of The Academy, and the major media presence, and of course The Oscars – its main event and so much more.

In my multiple roles of media personality covering the Oscars events for my own media programs, including cable and Space and Entertainment, my European partners and audience, all the way to FMT TV in Lithuania, as well as my own documentary and TV show...I talked to many participants.

More about Bartosz and my talk with producer Leszek Bodzak tomorrow.