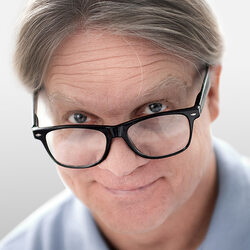 "If San Escobar had not already existed, someone would have had to invent it"

I never would have gone to San Escobar—such a trip was the farthest thing from my mind—ifit hadn’t been for my buddy, Waszczykowski. I call him "Waszczu". He’s a good man given to magical thinking when he hit the vodka.

Anyway it was winter in Central Europe and my days in Central America before the Great Crash of 2008 seemed far away, almost as if they had never happened. Enter Waszczu, the great Polish story teller, an impromptu Korzeniowski. To call him a magician is not too much of anexaggeration, for there was magic in his words. The world he created through conversation often seemed far more real than the one we inhabit or think we inhabit, if the physicists will allow me that.

Back to W. When he was really far gone he used to tell of fantastical adventures in faraway places. The country he evoked most often was San Escobar, a place he seemed to know intimately and yet claimed he had never been there. Was it a figment of his imagination? I don’t know for sure, for San Escobar appeared on no conventional maps. But then again Waszczu was no conventional fellow. From my research I found that San Escobar, was either of tiny landlocked nation somewhere in Central America perhaps in the mysterious jungle region located between Panama and Columbia, a vast no man’s land so remote and so thickly canopied with jungle that it resisted even satellite mapping. Alternatively San Escobar was a floating island in the Caribbean long-used by maritime pirates when canvas upon the horizon was a sign of civilization sailing forth into the unknown and a ready option for plunder by the corsairelite.

At any rate Waszczu’s stories captured the imagination. That is not only mine, but the imagination of his fellow Poles. And it was snagged as securely as if Conrad himself had been telling the tale.

In short, in no time, the question of whether or not the place existed in fact became no issue. The fact that it existed in theminds of so many — the idea of San Escobar had become realer than such common places as Nicaragua or El Salvador, Brazil or even Mexico itself.

There was a bit of Colombus in me. I knew I had to go there somehow.